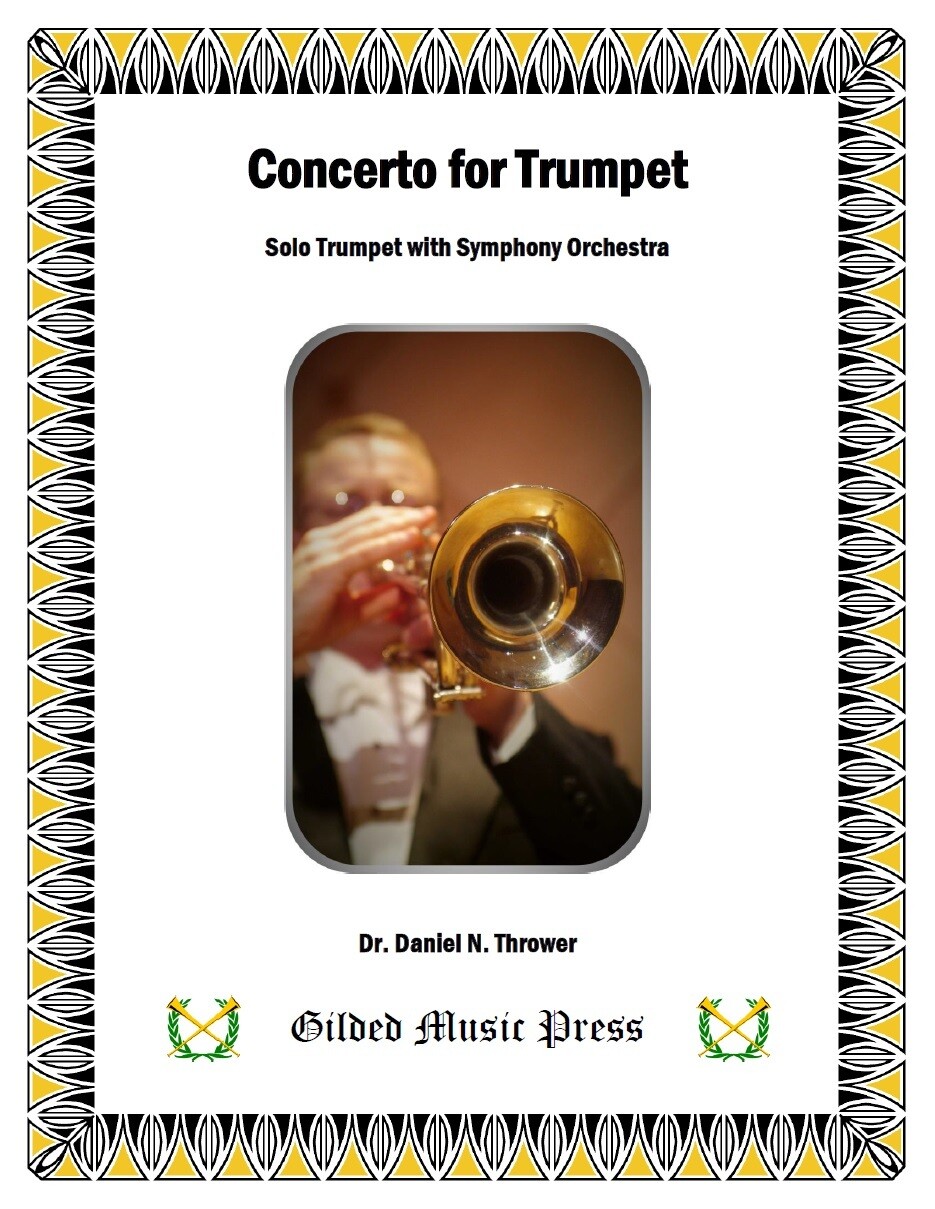 GMP 6003: Concerto for Trumpet and Symphony

Audio of the piano reduction, with score:

The composition of this Concerto for Trumpet served as the composer’s culminating project for the degree Doctor of Musical Arts. The project was approved on 13 October 2005, and the piano reduction was premiered on 17 October 2006. The use of religious themes (fe, caridad, and esperanza—or faith, charity, and hope) for the movements’ titles and programmatic details surfaces from the composer’s religious and musical philosophies, presenting a profound musical commentary on the theological triad.

This concerto follows the traditional fast-slow-fast three-movement configuration. Movements I and III fit the category of sonata form, and movement II is a seven-part rondo. Harmonically, the conventional tonic-dominant relationship for expositional themes is ignored in favor of a more turbulent tonal language. All twelve chromatic tones are utilized (albeit some quite fleetingly) as tonal centers. Though rapid harmonic fluctuations permeate the composition, B-flat major is the overall “key” of the whole work, with two secondary tonal centers G and C.