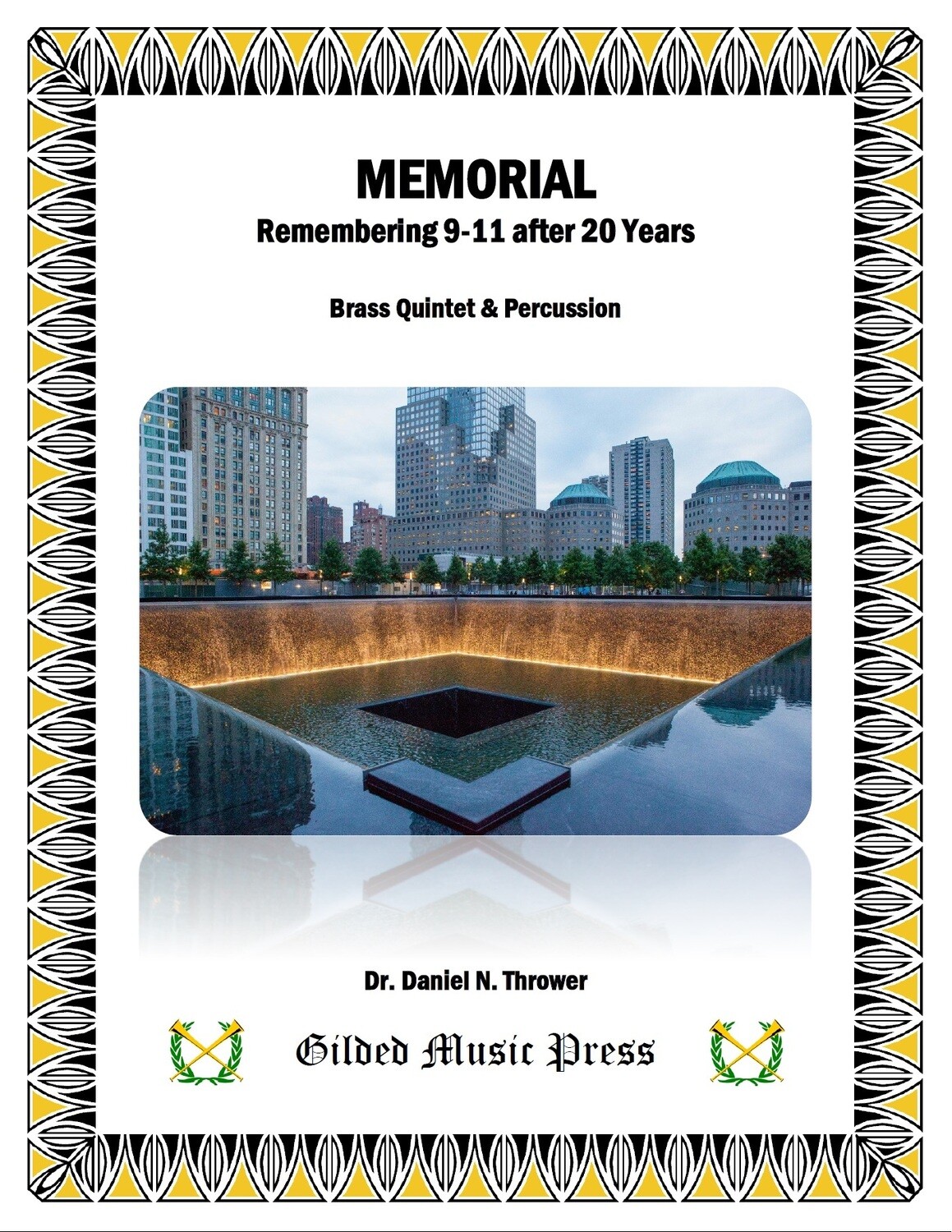 Composed to commemorate the 20th year of the 9-11 terrorist attacks. This somber, gorgeous piece of music draws tears when presented correctly, and is an extraordinarily important contribution to the brass quintet repertoire.

The Jewish “feast” (or “appointed time”) of trumpets, as outlined in Leviticus 23:24-25, prescribes the observance: “Speak unto the children of Israel, saying, In the seventh month, in the first day of the month, shall ye have a sabbath, a memorial of blowing of trumpets, an holy convocation. Ye shall do no servile work therein: but ye shall offer an offering made by fire unto the Lord.”

According to the Jewish calendar, the feast of trumpets in 2001 coincided exactly with the 9-11 attacks, which could indeed be thought of as “an offering made by fire.” Effectively no servile work was done on that day throughout the attacked nation, and it has indeed become a somber type of “sabbath” to observe every year. It seemed extraordinarily appropriate—perhaps even requisite—that a somber composition with trumpets be composed for the 20th annual observance of the horrific attacks on American soil, as a “Memorial” to those lost that day, and those who since perished in the Global War on Terror.
“Where were you when you first heard about the 9-11 attacks?” This common question is posed to those who were of age to comprehend what had happened in 2001. Personally, I had just listened to an emotional rendition of Maurice Ravel’s “Pavane to a Dead Princess.” Elements of that musical memory influenced this present work “Memorial.” Other sources of inspiration—whether intended or subconscious—include Samuel Barber’s heart-wrenching “Adagio for Strings,” Michael Kamen’s “Quintet” for brass, and John Williams’ “Hymn to the Fallen.” The harmonies are thick and often dissonant, including many suspensions. The players get little rest, symbolic of the constant state of alertness of a shocked nation after being so brutally attacked. Perhaps of greatest symbolic import is the fact that there are exactly 911 notes in this composition. Because of this, it is crucial that the percussion part be performed, and that great care be taken by all performers to refrain from altering the notes or rhythms in any way.
A comment on the interpretation of notation: all long notes that are tied to a staccato note on the downbeat are to be held to the downbeat and gently released, not held over.