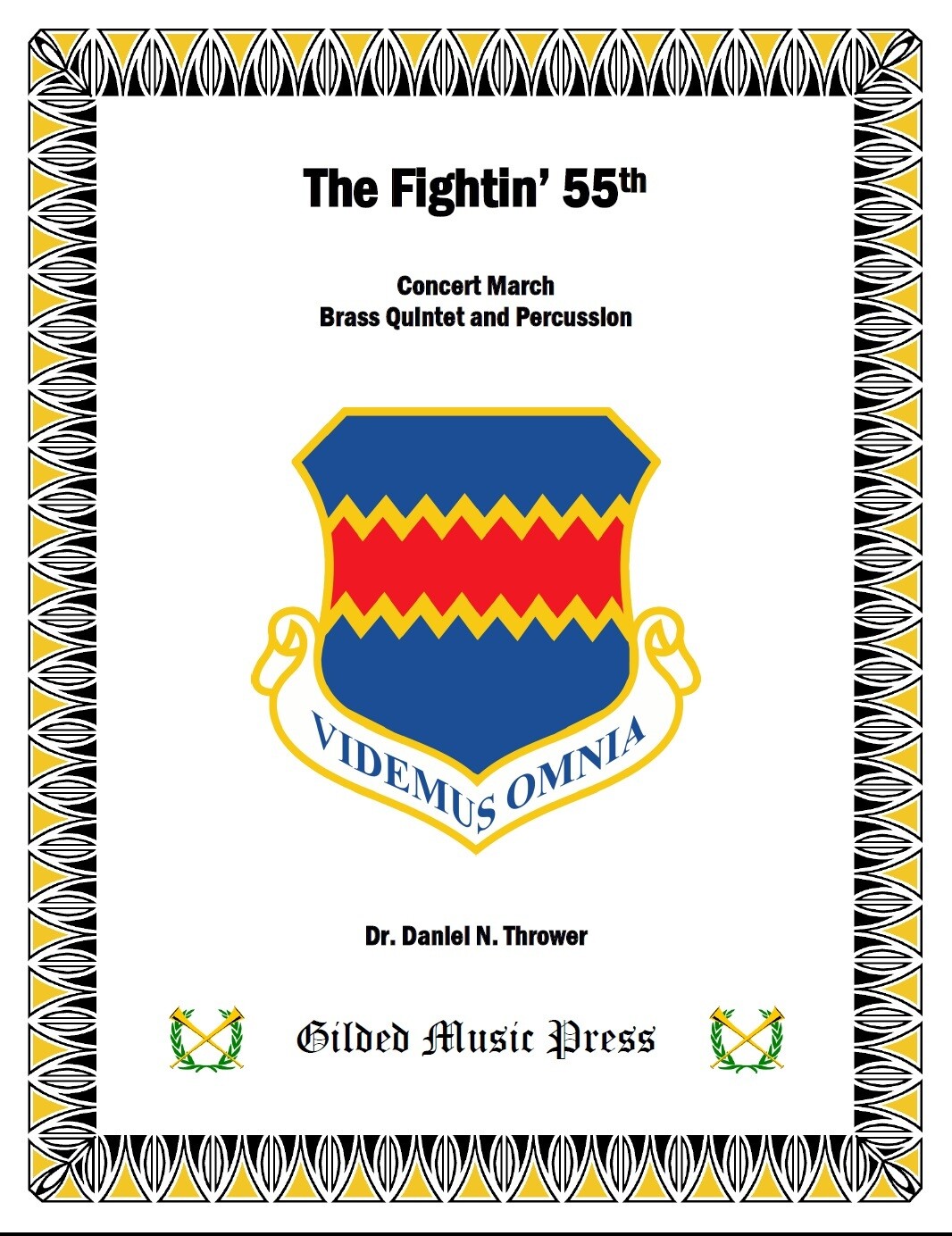 There is nothing more quintessentially military than the grand sound of marches at special military events. Hundreds of marches have served their purposes through the many decades of military tradition in the United States of America.

This 3.5-minute march was composed for the occasion of the change of command of the 55th Wing—“The Fightin’ 55th”—under Air Combat Command, located at Offutt Air Force Base in Nebraska. The ceremony took place on June 14, 2019, which was also Flag Day. The new march served as a grateful tribute to the outgoing Commander, Colonel Michael H. Manion, and a welcoming gesture to the new Commander, Colonel Gavin P. Marks. Printed copies of the score were presented to the Commanders before the ceremony, and the march was premiered as the final pre-ceremony musical selection.

The opening motifs are strongly reminiscent of the introductory measures of the “Air Force Song” most commonly played by Air Force brass quintets.

Keeping in tradition with the form of most marches, the “Trio” section presents new material in a new key (down a fifth), with a contrastingly quiet dynamic. The opening motif of the Trio strain is a mutation, or a paraphrase, of “Anchors Aweigh”, emphasizing the joint-force nature of the 55th Wing. The melody is repeated with a louder dynamic and a countermelody in the horn, and then is repeated once more with increased excitement in the accompaniment, variety of dynamics, and even a temporary key shift.

Straying from the form most used by the “March King”, John Philip Sousa, Dr. Thrower omitted a fourth or final strain, and instead he modulated the key back to the original B-flat major and brought back the melodic content from the first strain. This form predates Sousa, and was more commonly used in Europe and early America. It smacks of “sonata form”, and even the modern formal designation of “recapitulating march” alludes to sonata form. The final recapitulating strain repeats with an obbligato soaring above it in the first trumpet part, now on piccolo trumpet. The march ends with a short coda that brings back the opening motivic allusion to the Air Force Song.

Due to the selected formal structure, this march, “The Fightin’ 55th”, is much more unified than most typical marches. The very nature of military marches (including America’s beloved “Stars and Stripes Forever”) displays four or even five completely unrelated melodies, or strains, throughout. The incorporation of thematic structure similar to that found in sonata form indeed makes “The Fightin’ 55th” an appropriate and even artistic concert march.