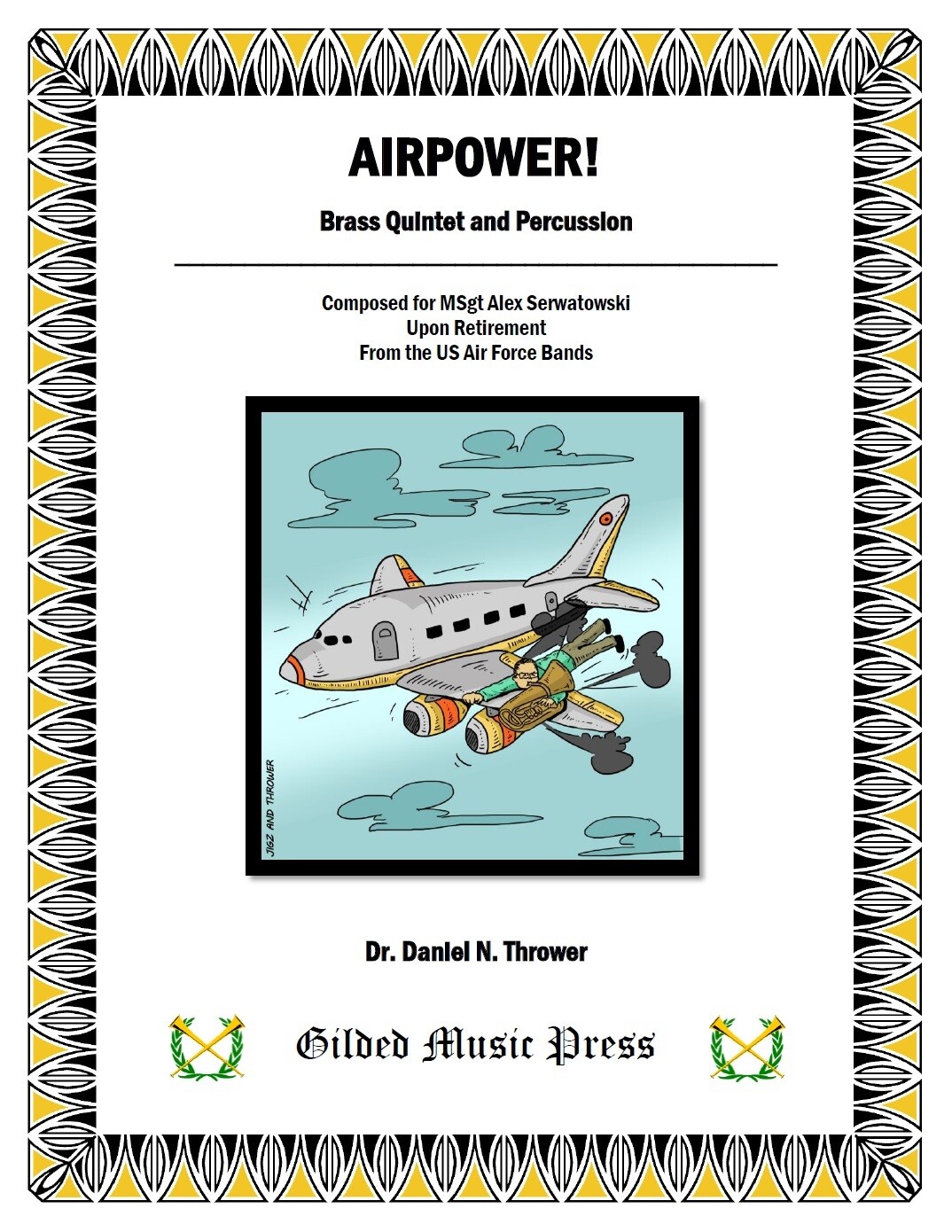 An extremely artistic and challenging composition, fit to feature on any concert, both for the general public and academic circles, "Airpower!" is cleverly titled to honor MSgt Alex Serwatowski, an Air Force tuba player, upon his retirement.

Overall, “Airpower!” is light-hearted with a comedic but dignified feel, intended to be happy and celebratory. There are moments of a more serious nature, such as the transitions in measures 19-22 and 74-77, and a slower contemplative section (51-68) with a particularly dramatic moment in measures 55-56, where the listener wants to rise up with honor and respect. There is a healthy spectrum of emotions in this work.
One remarkable feature of this composition is that it does not end in the same key in which it starts. In fact, it ends in D major, a tritone away from its opening key of A-flat major—as distantly related as two keys can be. Throughout the entire piece, the harmonic rhythm is intense, primarily exploring chromatic mediants and relative keys, wandering from A-flat to C to F to D minor and then several rapid tonicizations leading to G major, then to E minor to E major to G, E-flat, C minor, C major, A minor, tonicizations again, finally ending in D major. Although it is highly unified thematically (with essentially one theme that varies and develops, symbolically), this unique harmonic feature symbolizes the change that a person undergoes through a 23-year career.

“Airpower!” is about 4’30” in duration, which is a fairly substantial single-movement work for brass quintet. The tempo never varies through the entire work, though with rhythmic augmentation and mutation the effect of tempo changes is present. The technical demands are difficult for all the players. This piece works the tuba into the melody and technical passages as much as any other player.