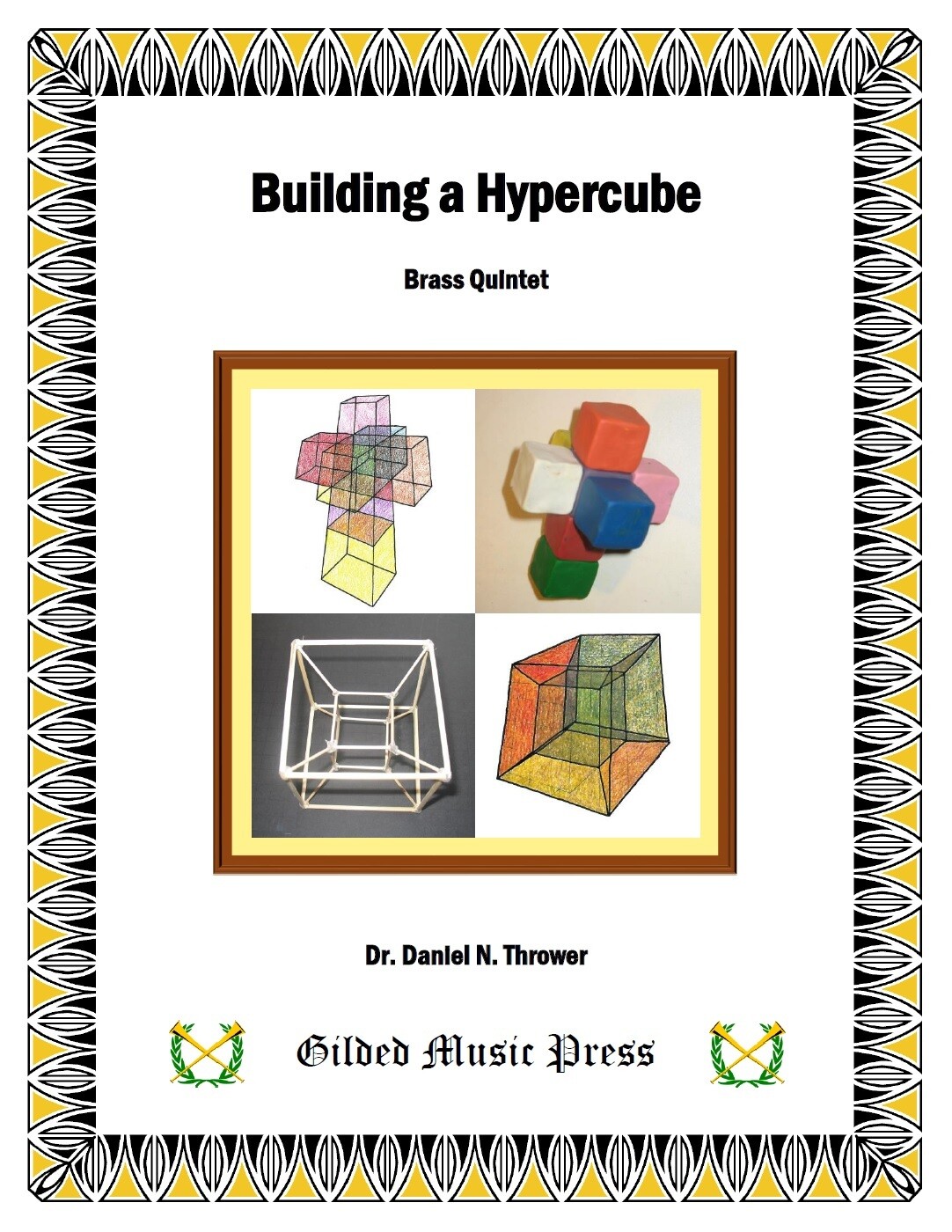 Listen along with the score here: Building a Hypercube for Brass Quintet - YouTube

A hypercube is a theoretical cuboid-like fourth-dimensional object. In an attempt to explain spatial dimentions, I created an 18-minute video presentation titled “Dimensions Unfurled” exposing some initial fallacies of common thought, which can be seen on YouTube:

All of the music for the above-mentioned video is original. There are two trumpet duets in the section that depicts a hypercube net folding into a hypercube model, starting at 13’20” and 14’51, respectively. Both duets are published in a collection titled “Fifteen-Course Dinner for Two” (available through Gilded Music Press). The two duets share thematic material, and are combined and greatly expanded for this present major six-minute work for brass quintet, “Building a Hypercube”. The first short duet, “Drawing a Hypercube Net”, is presented as the quintet’s introduction, quite faithfully to the original, shared through five parts with harmonic expansion. The material from the second duet is essentially unadulterated starting at measure 27, spanning through measure 70 (up to letter D). From there, the development of thematic material is extensive and interesting, morphing into Escher-types of additional themes and melodies, many of which overlap and intertwine in a fascinatingly complex manner. This unsettling compositional style is indicative of years of profound pondering to fathom the mysterious matter of the fourth spatial dimension.

Musically the piece is motivically and thematically unified. All the parts share in the rhythmic complexity fitting for the ponderous topic. The form is roughly sonata form with an introduction and coda, though the recapitulation (Del Segno) occurs in its original key. The majority of the piece (about three minutes, almost exactly half) is the symbolically explorative development section, from D to O. A point of interest: in spite of the piece’s high harmonic rhythm, the introduction is diatonically modal (G Mixolydian). The exposition, after a brief building transition, shifts to the relative D Dorian mode. The lengthy development section shifts tonal centers throughout, visiting various major and minor keys. Beginning at letter O, modality returns for a smooth transition into the recapitulation. The piece ends with an exhilarating coda.