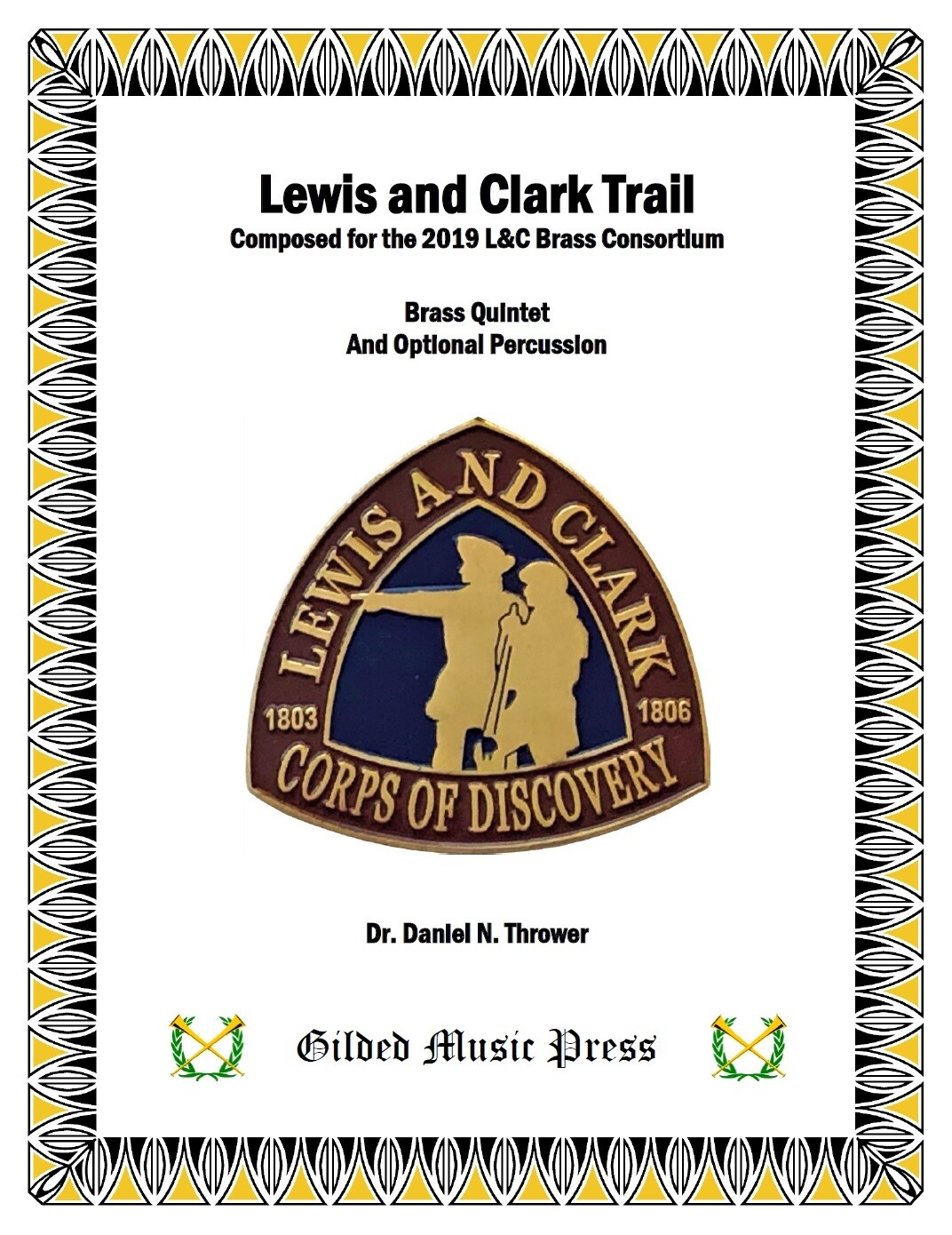 The majority of the composition is boisterous, upbeat, exciting, and western! Though perhaps overly romanticized, those thrilling impressions are brought to the modern observer in the monuments and tributes all along the Lewis and Clark Trail. Indeed, from the Gateway Arch in Saint Louis to Floyd’s obelisk; from numerous visitors’ centers to historic markers throughout the more than 7000 miles traversed, Lewis and Clark and the others are kept in grateful memory for their inspiring work of opening the gateway to the west.

Many working brass quintets throughout the nation joined a consortium of performances for the fall of 2019—particularly near September 23, as that was the date the expedition ended in Saint Louis, Missouri, where it also began. With the images of the Lewis and Clark Expedition in mind, the compositional process occurred quickly, and a draft of the full-length work was printed for a reading with Offutt Brass one week after it was begun. A final product was to be delivered to the consortium members by the end of April for enough time to bring the work to life in the fall.

Within the music itself are several hidden meanings which, though imperceptible upon listening, are significant nonetheless. It will be noted that there is little rest for the players. For the span of 4’40”, out of nearly 1000 measures of collective music, there is a total of 99 complete measures of rest shared between the performers. Throughout the expedition 33 key personnel participated, three of whom famously ring in the ears of all Americans: Meriwether Lewis, William Clark, and the well-known Shoshone guide, Sacagawea. To acknowledge the arduous nature of this enormous undertaking, what little rest there is in this composition multiplies the number of explorers with the three most famous names.