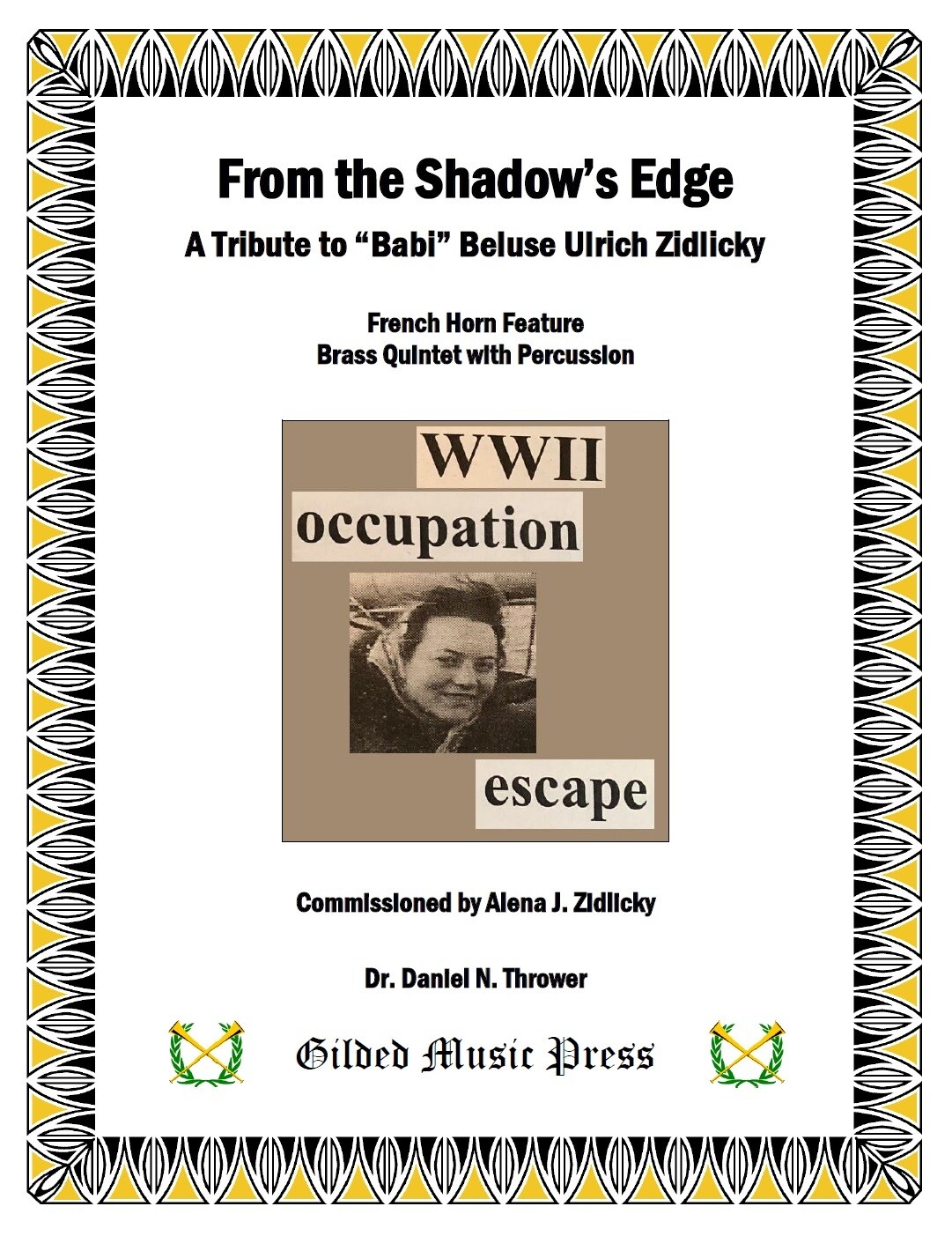 Listen along with the score here: From the Shadow's Edge - YouTube

"From the Shadow's Edge" was commissioned by horn player in the US Air Force Bands, SSgt Alena Zidlicky, to honor her grandmother Beluse Urlich Zidlicky ("Babi"), who escaped the oppressive Nazi occupation of Czechoslovakia during WWII.

For brass quintet and percussion, the horn is featured.

The music of this composition begins in aural darkness, as if immersed in an inescapable shadow. The tense harmonies and contrapuntal motions of the brass are accompanied by two heartbeat motifs, in the tuba and bass drum, conjuring sentiments of fear and uncertainty. Emotions swell as the solo horn enters with contrasting triplet rhythms that struggle against the complex mixture of duple strains throughout the other parts. This dark introduction serves as a prelude to the above storyline, which transitions quickly (and trepidatiously) out of the shadow.

From rehearsal letter B through the remainder of the piece, hope permeates in the brightness, once escaped from the shadow’s ominous edge. The complex nature of the thematic overlapping and polyphonic texture of the quintet as a whole provide feelings of unrest, anticipation, hope, and yes, heroism. Nothing exudes heroism more than a soaring solo horn! This composition celebrates triumph over evil, whether during life or in death, and those who press on with a brightness of hope even in the darkest shadows that life can cast, as exemplified in the life of Beluse Ulrich Zidlicky.