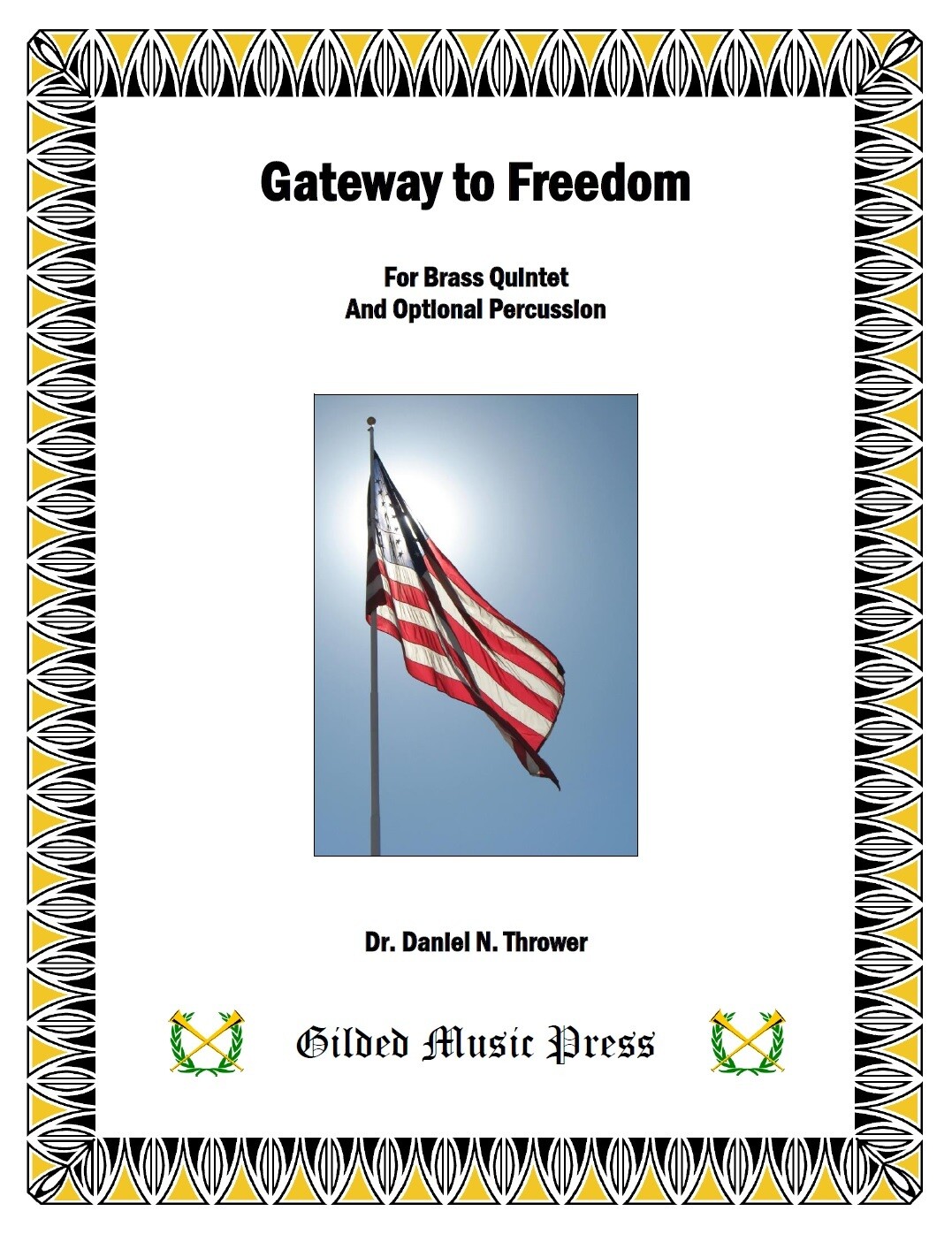 Listen along with the score here: (34) Gateway to Freedom, Dr. Daniel Thrower - YouTube

When Dr. Thrower won the audition for a position in the Air Force Bands in 2011 it fulfilled a childhood dream of becoming a military musician. Then he experienced an intense eight-week party known as Basic Military Training! All new Airmen go through Basic Training at Lackland Air Force Base in San Antonio, TX, which is known as the “Gateway to the Air Force.” Two reasons he chose to enter that Gateway were his patriotism toward the great United States of America, and the great benefits and security that the Air Force offered his family.

With these passions in mind, he composed a rousing musical depiction of becoming an Airman. The composition began before Basic Training, so the excitement and anticipation that he felt are exuberantly presented as heroic fanfares and patriotic gestures. However, he completed the composition after boot camp. Accordingly, in the middle of the piece there are moments of struggle and anguish that musically paint the common rigors of Basic Training. The piece ends with recapitulated heroic strains with additional flourishes, as the overall feel for this new life chapter was bound to be exhilarating and inspiring.

It is beneficial for the performers to visualize the exciting and difficult journey into the military as they prepare and perform “Gateway to Freedom.”

Also a play on the title, this piece was composed for and premiered by “Gateway Brass” (the brass quintet from the USAF Band of the West) in October 2011.

Special gratitude goes to Jim Bartelt (USAF, retired) who contributed greatly to the creation of the percussion part.