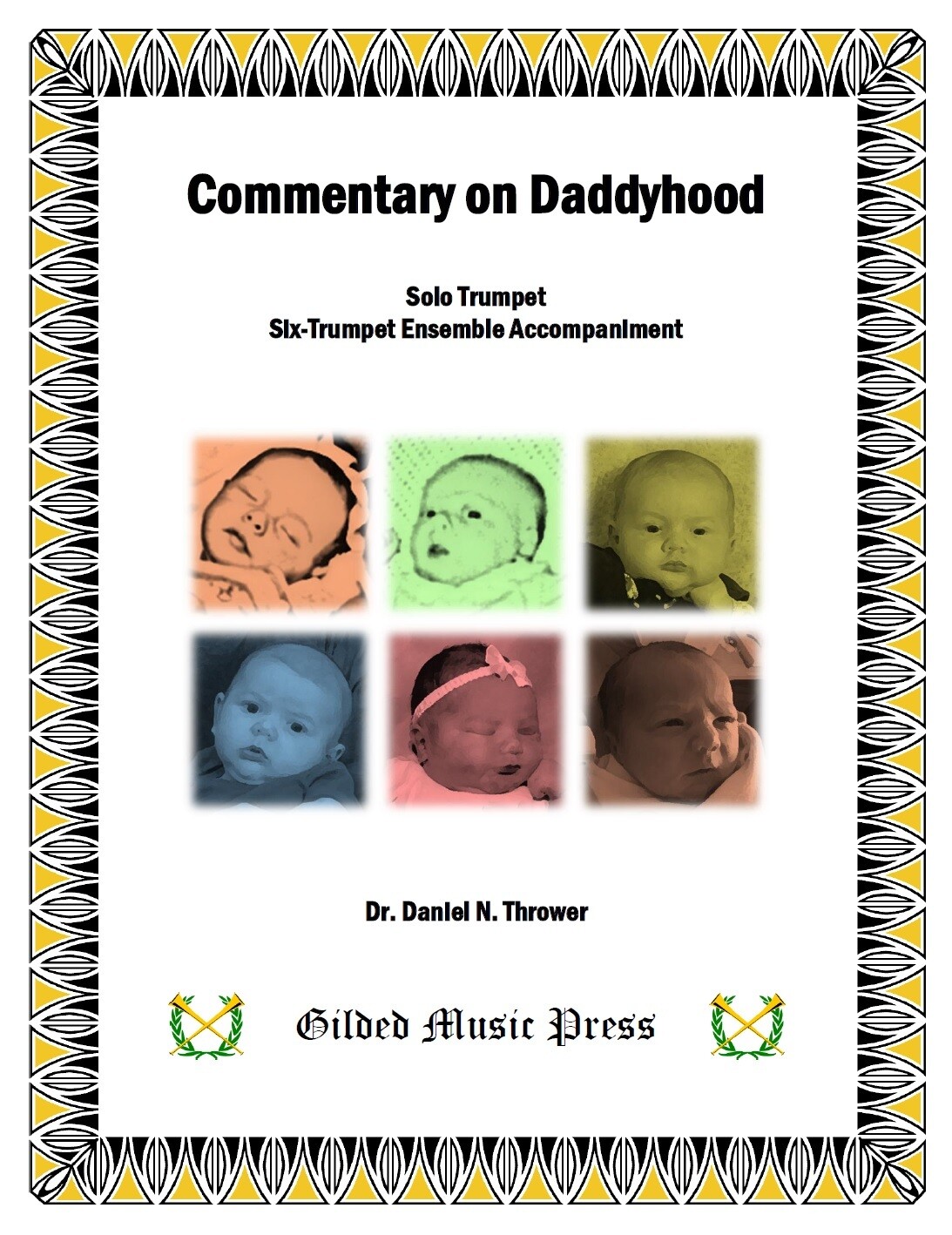 In the words of the composer, Dr. Daniel N. Thrower: "I commonly describe my compositions as comprising a personal musical journal. This piece most definitely fits that description! Most of my works are quite tonal in nature, built on tertian harmonies and traditional musical properties. This musical treatise on being a dad of little children symbolically (and to my professional acquaintances, surprisingly) broke that mold. Motivically and thematically, however, the piece is exciting to hear and fun to play. It tells a striking story which, to anyone who has had little children and has a vivid imagination, will be riveting and relatable. There is a variety of emotions presented throughout, from strident passages of chaos and cacophony (though still musically organized), to screams, to sweet and tender lines akin to the utopia of holding a sleeping child, and many other feelings that parenting may elicit.

"Work began on this composition in 2003 as my wife was expecting our fourth son, and was completed and recorded in that fall shortly before he was born. At the time of completion, my oldest boy was all of three years old. It doesn’t take much of an imagination to envision the extreme difficulties (and joys) during those early child-bearing years! The music says it all!"